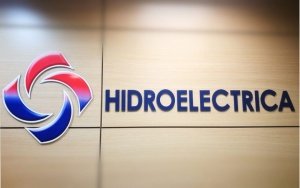 BUCHAREST (Romania), June 26 (SeeNews) – Romanian hydro power producer Hidroelectrica said that it has received the approval of its majority shareholder – the ministry of economy and energy, to submit a binding bid for the takeover of the local assets of Czech energy group CEZ.

The company’s minority owner, local investment fund Fondul Proprietatea [BSE:FP], did not attend the shareholders’ meeting, Hidroelectrica said in a statement on Thursday.

Earlier this week, Fondul Proprietatea urged the government to deny the company’s request to submit a binding offer.

Hidroelectrica also received the approval of its majority shareholder to take out a loan in order to finance the acquisition, the company said.

Hidroelectrica announced in March that it is seeking the approval of its shareholders to submit a binding bid for the local assets of CEZ.

On Tuesday, Fondul Proprietatea argued against the potential acquisition of CEZ assets in Romania by Hidorelectrica, saying that the transaction would not create value for the company’s shareholders and would affect its listing process and potential valuation, which would hinder Romania’s chances of being upgraded to MSCI Emerging Market status.

Hidroelectrica is 80.06% owned by the Romanian state, while Fondul Proprietatea holds a stake of 19.94%.

At the beginning of this month, state-owned power supplier and distributor Electrica [BSE:EL] said it is exploring the possibility to bid for the local assets of CEZ in a potential tie-up with state-owned Energy Shareholdings Administration Association (SAPE) and Hidroelectrica.

SAPE was created in 2014 and has as its main activity the management of minority interests that the Romanian state owns in energy companies.

CEZ said in May that the sale process for its Romanian assets continues, with the timeframe to depend on the coronavirus situation in the country.

The sale process was officially launched on September 9 and includes but is not limited to the distribution and sales companies and the Fantanele and Cogealac wind parks owned by CEZ in Romania.

Fondul Proprietatea’s shares traded 1.21% higher at 1.2350 lei as at 0942 CET on Friday on the Bucharest Stock Exchange.