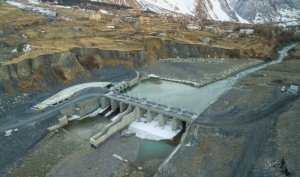 One of the largest Japanese energy companies, TEPCO Renewable Power (TEPCO RP), has acquired 31.4% of the shares of Georgian hydropower company Dariali Energy.

This, the company reports, is its second investment in a hydropower project overseas.

The construction of the Dariali HPP was launched in late 2014. Known to be “the largest HPP in the history of independent Georgia” it officially opened in April 2017.

Located in the Kazbegi municipality in the Georgian region of Mtskheta-Mtianeti, the Dariali Hydropower Plant (Dariali HPP) has been “operating stably”.

Dariali HPP is a prominent renewable energy power plant and has been contributing to strengthening energy security and independence in Georgia. It is also the first carbon-neutral project in Georgia and among all EBRD-financed projects worldwide”, TEPCO RP stated.

With an installed capacity of 108 MW and an expected annual electricity output of 510 GWh, the Dariali HPP plays a key role in the development of Georgia’s hydropower resources.

The total project cost was $123 million, including a 23 percent contribution from the state, while an $80 million syndicated loan to JSC Dariali Energy for the development, construction and operation of the HPP was given by the EBRD.